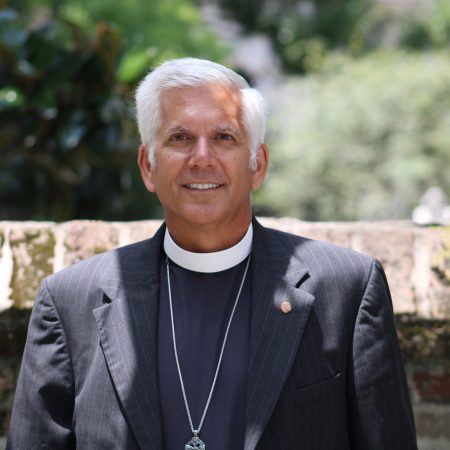 Associate to the Rector / Chief of Staff

The Rev. Randall “Randy” R. Shirley has been Chief of Staff for St. Michael’s Church since May 2017. He is a retired GS15, Department of Defense/Navy and a retired Lieutenant Colonel, United States Army. He holds a Master of Divinity from Trinity School for Ministry, Ambridge, Pennsylvania, a Master of Science from Clemson University, Clemson, South Carolina and a Bachelor of Science from The Citadel, Charleston, South Carolina.  Randy was born in Portland, Maine to a military family. His father, a Citadel graduate, from Belton, South Carolina and his mother, a local Charlestonian, were faithful parents who reared him and his two sisters in the Baptist tradition.  As an Army Combat Officer and veteran of the Gulf War, he has served in overseas assignments in Fulda, Germany, Somalia, Africa, and has directly supported on-location missions with the Drug Enforcement Administration in Central and South America. He has served in Infantry, Air Defense Artillery, United Nations and Joint Operation units. He has also served with the White House Communications Agency and White House Situation Support Staff supporting two administrations.  He is married to Elizabeth “Liz,” a College of Charleston graduate, and their extended family includes three children, four grandchildren and a spoiled family dog.

Fondest memories and greatest joys have come from leading Bible studies with uniformed members from the United Nations and other federal government agencies while deployed.

Favorite Books include Alexandre Dumas’ The Three Musketeers and The Count of Monte Cristo.

Likes Best About the Lowcountry: Being on the water, riding bikes on the beach, and being a short drive to the mountains for snow skiing.  And the FOOD.

Most Interesting Assignment: Always the current one!

Fun Fact: Randy is a direct descendant of Peter Lewis Timothy who was stationed at the St. Michael’s Church steeple to identify the arrival of the British fleet at the start of the Siege of Charleston on March 29, 1780.